This text was translated by Jury Kanavalau, London, and edited by Jim Dingley, London. Many thanks to them!

The newspaper Naša Niva was founded in 1906 and subsequently re-established in 1991. An internet platform — nn.by — was set up in 1997; it has since grown into what is currently the most frequently visited Belarusian language website.

History of the newspaper

The years 1906—1915 are often referred to as the ‘Naša Niva period’ of Belarusian history. The 10th (23rd) of November 1906, when the first issue of Naša Niva was published, marked the beginning of a whole epoch in the development of Belarusian society.

Early in the 20th century Naša Niva introduced standards of usage into the Belarusian literary language. It was actively involved in both the creation of classical Belarusian literature and the evolution of the idea of Belarusian statehood. The newspaper became the centre of intellectual life. The newspaper published the writings of many outstanding intellectual figures, including Janka Kupała, Jakub Kołas, Anton Łuckievič, Maksim Bahdanovič and Vacłaŭ Łastoŭski.

Naša Niva covered a wide range of political, economic and cultural issues. The newspaper saw as its main task the consolidation of a Belarusian political nation. It was also — as was observed at the time — the first source of information to be free of government interference.

National civil society rallied around the newspaper; numerous agricultural initiatives, youth groups and publishing houses used it as a voice to promote their activities.

From the earliest days of its existence, the newspaper’s characteristic feature was the strong interactive relationship that it built with readers. There were more than three thousand permanent and temporary correspondents who submitted information to the editor. A large number of contributors from various regions of Belarus were involved in the publication of both journalistic pieces and literary works. This provided a unique opportunity to re-establish the literary language by establishing norms of usage that were the most widespread throughout the country as a whole. The newspaper thereby played an invaluable role in fixing the orthography, grammar and word-formation patterns of the modern Belarusian language.

Subscribers and correspondents of the newspaper became central figures of national political and intellectual life, eg Ciška Hartny (pseudonym of Źmicier Žyłunovič), one of the first leaders of the Belarusian Soviet Socialist Republic, or Branisłaŭ Taraškievič, political leader in the Western Belarus and author of the first printed grammar of the Belarusian language.

Alaksandr Ułasaŭ, a landowner from the Mihaŭka estate near Minsk, was for many years the newspaper’s publisher and editor.

One of the major figures behind the formulation of the newspaper’s political goals was Ivan Łuckievič from Minsk, founder of the famous Belarusian Museum in Vilnius and sponsor of numerous political and cultural projects.

Working alongside him was his brother, Anton Łuckievič, whose ideas were decisive in the formation of the programme of the Belarusian Socialist Party (Hramada). He would eventually become the Prime Minister of the Belarusian People’s Republic (BPR).

Vacłaŭ Łastoŭski, another future Prime Minister of the BPR, became secretary of the newspaper in 1909 and in the years 1912—1913 acted as its de facto editor.

Jakub Kołas, a classic of Belarusian literature, was an active contributor to Naša Niva. It was also Naša Niva that discovered the works of Maksim Bahdanovič and Źmitrok Biadula; today they are known to every Belarusian student. Janka Kupała, the national poet, became the newspaper’s editor in February 1914 and continued in this role until the autumn of 1915 when Vilnius was occupied by the Germans and normal life in Belarus came to a standstill.

The newspaper’s defence of national interests provoked attacks by the Russian colonial censorship throughout its existence.

Even a discussion on agrarian topics organised in 1907 — including an article entitled ‘The Land Question in New Zealand’ — was found ‘seditious’ and ‘disrespectful of the government’. The editor, Alaksandr Ułasaŭ, was tried and imprisoned. On several occasions the entire run of a particular issue was confiscated and the editors compelled to pay fines.

The newspaper was destined to experience a similar kind of pressure under the authoritarian regime of Alaksandr Łukašenka in the 1990s and especially in the 2000s. Between 2006 and 2008 the newspaper had to be distributed by volunteers: the authorities denied access to the official agency for the distribution of the printed media as well as to shops and kiosks; they also banned subscription to the newspaper via the country’s postal system.

Naša Niva has been tried in court and fined on many occasions, with the KGB conducting searches both in the newspaper’s office and the editors personally. In 2006 the newspaper’s Chief Editor, Andrej Dyńko, just like his predecessor Alaksandr Ułasaŭ, had to go through the experience of prison.

Despite official allegations that the newspaper instigated revolution, Naša Niva was an essentially tolerant and progressive publication throughout its history.

This is exactly the reason why the newspaper has attracted readers of various political persuasions to one national banner. Naša Niva has always advocated peaceful and gradual progress by means of the democratisation of the central and local authorities. It serves as a constant reminder of the need to respect human rights and dignity as well as to appreciate culture and heritage.

The cultural openness of Naša Niva was emphasised right from the start by publication in the two alphabets adopted by the Belarusian language, Cyrillic and Latin. This practice was continued until October 1912 when a referendum of the editorial staff and readers opted for the Cyrillic alphabet. Naša Niva used the classical spelling from 1991 until 2008; it then shifted to the spelling taught in schools in order to ‘improve communication between intellectuals and the public’, as an editorial on the topic made clear at the time.

The newspaper acted as the focal point for the independent cultural and social projects that grew up around it.

Naša Niva performed the coordinating function of a publishing centre. Especially popular were the annual Belarusian Calendars, almanachs in which readers could find not only the usual kind of day-to-day information but also literary works. The publishing centre also published books, both original and in translation. A satirical magazine ‘Krapiva’ (Nettles) was published in Vilnia in 1912, and the agricultural department of Naša Niva grew into the independent ‘Sacha’ (Wooden Plough) magazine published in Minsk from the end of 1913.

Under the newspaper’s auspices one of Naša Niva’s founders, Ivan Łuckievič, began to collect artefacts for the future Belarusian National Museum. Most of it is currently stored in the National History Museum of Lithuania.

The newspaper focused its attention on the promotion of economic, legal and agricultural knowledge. The scale of the work it accomplished has allowed historians and researchers of culture to define early 20th century Belarusian culture as the ‘Naša Niva period’ when referring to the quantitative and qualitative changes in the development of modern culture and society.

The first attempt to revive the newspaper was made in Vilnia in 1920 where the first issue of the revived Naša Niva, now termed a socio-political and literature daily newspaper, appeared on 28th October. In December 1920 the newspaper was banned again, this time by the Polish military censorship.

The collapse of the Soviet Union and the rapid growth of the independence movement in Belarus made it possible for the newspaper to be re-established. The publicaton of Naša Niva began again in Vilnius in May 1991 with Siarhiej Dubaviec as editor.

The revived newspaper came to occupy a special place among other Belarusian periodicals. Naša Niva abandoned the ‘defensive strategy’ and self-imposed isolation inherent to much of the Belarusian-language media of the Soviet times. The newspaper opened its pages to discussions on universal topics and published numerous translations. Readers’ attention was drawn to two topics in particular: the heritage of the Grand Duchy of Lithuania and a possible model of relations between the nations of the region.

Belarus was going through a complex process of nation building, and a system of authoritarian rule came to dominate the country. The times demanded the creation of appropriate mass media. Therefore the decision was taken in 1996 to move the newspaper’s editorial office to Minsk.

Naša Niva once again became a newspaper in the fullest sense of the word, one that devotes a considerable amount of space to political, social and cultural events in Belarus and around the world.

In 1998 the newspaper achieved a symbolic victory in the Supreme Commercial Court by being permitted to continue using the classical orthography.

Andrej Dyńko took over as the Naša Niva chief editor in 2000. During his time as editor the newspaper became a weekly once more. It was gradually transformed from a periodical focusing on literature and culture into a publication concentrating more on society, politics and culture.

In 2005 the authorities banned distribution of the newspaper through the Belarusian postal system and the official distribution agency. However, the newspaper survived thanks to the creation of its own distribution network. It changed to a pocket format and increased the number of pages to 48. The circulation decreased to 2,200 copies.

Neverthetheless, the newspaper turned the problem into an opportunity and focused its attention on the development of its internet version, nn.by. In 2006 the Naša Niva web site adapted to the era of electronic mass media and became a fully fledged internet platform.

In 2010 the Naša Niva website became the most popular internet resource in the Belarusian language and has remained so ever since. According to statistics drawn up by Google Analytics for 2006—2017 monthly visitors to the Naša Niva site average about 600,000 looking at 7,000,000 pages. Approximately 84% of the visits are from Belarus, 49% are from Minsk.

Naša Niva has had a presence on the major social networks since 2008:

Behind the Naša Niva of today is a tradition that has lasted for over one hundred years, something unique for the press in Belarus.

Naša Niva has always been a private publication which in practice means that it is public. It has never been controlled by the government, it has always been free of interference from the authorities, whether authoritarian or totalitarian.

Throughout its existence Naša Niva has always been a newspaper devoted to the national interests of Belarus.

In the 1990s work began on the production of a facsimile edition of the issues of the of the newspaper that appeared in the years between 1906 and 1915. At the same time material has been collected for the compilation of a dictionary of the language used in those early years of Naša Niva.

The newspaper continues to rely mainly on readers’ donations to secure its future development. In this respect Naša Niva is reminiscent of the public media already in existence in various developed countries.

Naša Niva became a cultural symbol. At the same time it is a modern internet information portal. 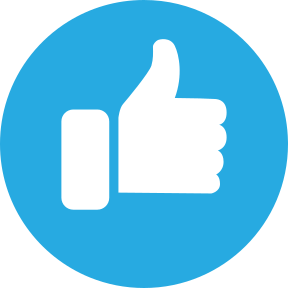 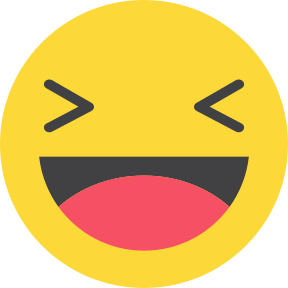 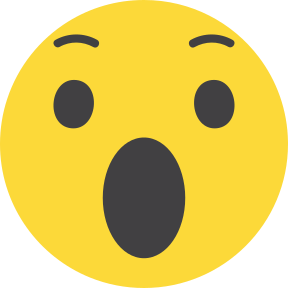 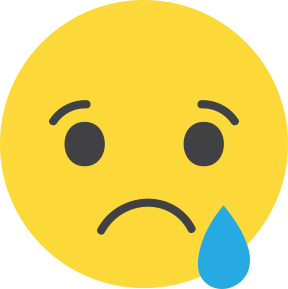 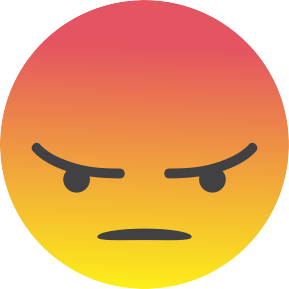